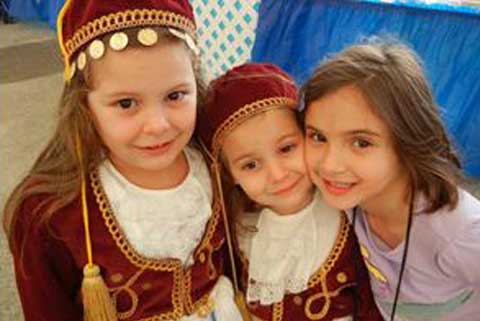 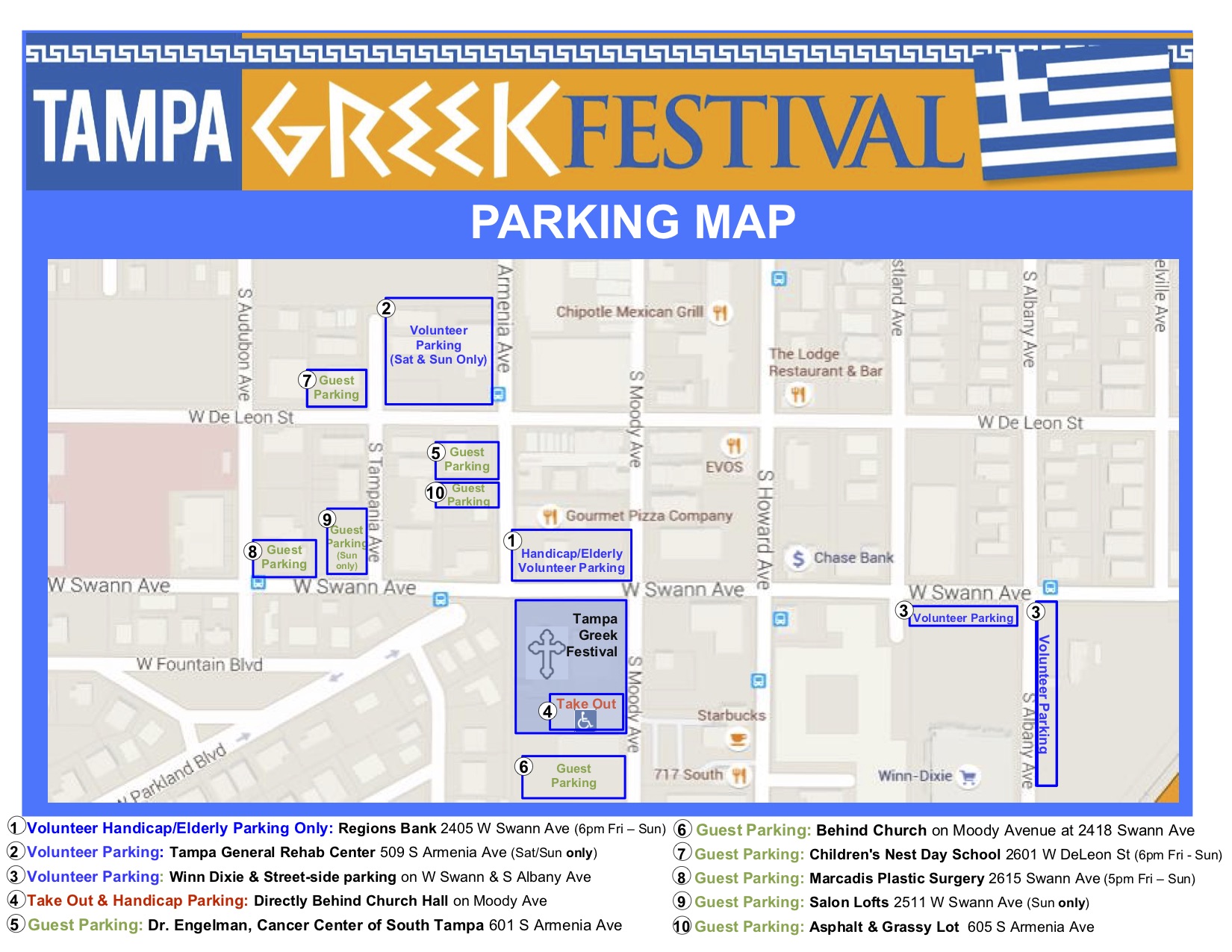 About the Tampa Greek Festival

The Tampa Greek Festival is one of Hillsborough County’s oldest cultural celebrations. Established more than 30 years ago, the festival strives to bring its heritage, its Orthodoxy, and of course, its wonderful food to individuals from throughout Tampa Bay. It is one of St. John the Baptist Greek Orthodox Church’s biggest public fundraisers. Throughout the weekend, guests can enjoy strolling through the Grand Hall, indulging in inventive spirits at the Opa! Party Tent, and or playing in the Kid’s Zone.

Whether it’s freshly-prepared Mediterranean style food and pastries, an evening of live music and beautiful choreographed dance ,  The Tampa Greek Festival gives everyone the chance to enjoy life like a Greek. 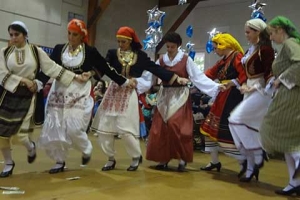 About the Orthodox Christian Church 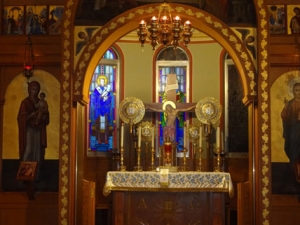 In many countries, like Greece and Russia, the Orthodox Church is the official state church. In non-Orthodox countries like the United States, the Orthodox Church bears the name of the ethnic group which founded the church. The Orthodox Church is marked by Traditions that are universally practiced, including the way churches are built (architecture), decorated (with icons), the services that are held and the theology that governs the church. We invite you to take a tour of our church and learn a little bit more about its history as well as the symbolism of its beautiful interior appointments.

St. John the Baptist Greek Orthodox Church is the second oldest Orthodox community in Tampa Bay. It was founded by Greek-Americans in the 1950s. This doesn’t mean that the church is for Greeks only—in fact 90% of marriages in our church today are between Greeks and non-Greeks. The church is under the authority of the Greek Orthodox Metropolis of Atlanta and serves more than 350 Tampa families through a vibrant variety of activities and outreach efforts.